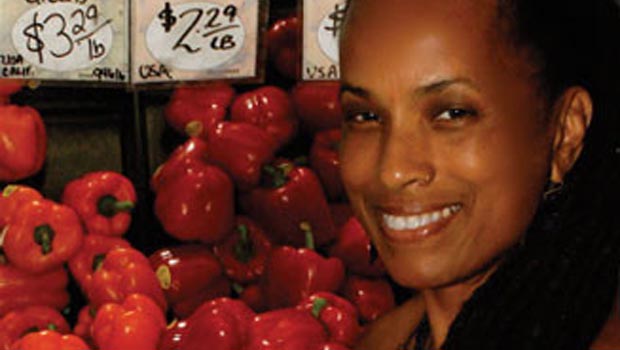 Tassili Maat, the owner of Tassili’s Raw Reality raw food restaurant, has lived in Atlanta for 28 years, but she was born in Houston, Texas. The family moved to San Diego when she was 5. Maat’s mother was something of a gourmet cook and her father was a medical doctor—benefiting from newly enacted integration laws, he was the first in his family to graduate from college.

Her mom was involved in the civil rights movement in the 1960s, practicing community activism with a spectrum of groups like the Black Panthers, the Jewish Federation and Caesar Chavez’ National Farm Workers Association. Maat grew up caring about causes, and remembers manning a picket line at the age of 6 or 7 for a farm workers’ boycott.

Dad’s medical practice provided them a comfortable lifestyle, but Maat recalls, “The one bad thing about that was if he even thought we were getting sick, we’d be getting shots and pills and medicine, and I grew up hating it!” That opinion of traditional allopathic medicine may have set the stage for her subsequent opinions about health and wellness.

Maat holds an art degree, but says, “My career today was not so much a conscious choice as much as I just surrendered to my calling.” Along the way, she worked as a hair care professional, doing braiding and other services for more than 30 years. These skills were passed down to her from aunts and grandparents as a way to explore her natural creativity and heritage.

In her early college days, friends introduced Maat to vegetarianism. “They talked about the atrocities the animals were experiencing, so I wasn’t into it because of not liking meat or the health benefits at that point,” she says. “I was an animal lover, and it just seemed horrible to me.” She read books on the subject and started making the shift. Maat started her journey into food as a semi-vegetarian, then a strict vegan. She states, “What I ate was always very important to me.”

She was exposed to raw foodism in the 1980s and felt that it was too time-consuming to be practical, but says, “What I found was that the reality was quite the contrary. As a vegetarian, I was already buying my food fresh and preparing it to sauté, stir-fry or bake. With raw food, I found I was preparing it to marinade, and nine times out of 10, it was ready to eat faster than if I had cooked it. Once I was able to make that paradigm shift in my mind, a whole new culinary world opened up for me.” She has written an un-cookbook, Raw Recipes on the Go: Quick and Easy Raw Food Recipes in 15 minutes or Less.

Tassili’s Raw Reality is set up like a traditional deli, and although most of the business is take-out, patrons can eat in, too, and many of the menu items are on display so that people can see what they are getting. “I create with the colors, the shapes and the cut of the food. It’s kind of like blending paints, says Maat. “I talk to it [the food]; I move with the passion of an artist and I ask the food, in preparing it in the spirit of things, ‘What do you want to be?’ especially if I’m creating something new.”

Maat explains that organic ingredients are expensive, but she uses them as often as possible, as well as locally grown food. She states, “We are definitely supporting our local farmers.” There’s a terrace garden in the back yard and another edible garden in the front, and she’s working on a grant to turn a dead zone, an asphalt parking lot next door to the restaurant, into a green zone by converting it into a raised bed garden.

“Sustainability is what it’s about,” says Maat. She doesn’t own the building yet, but that is a goal. “We want to have some rainwater barrels and raise enough food to sustain the restaurant and to sell back to the community at a very affordable price.” In the development stage is an outreach program to go into the schools, community agencies and senior facilities to get people involved in planting and to understand that they can find good nutritional food even in low-income “food deserts”.

Although Tassili’s Raw Reality is community-based, Maat says that she is getting customers from as far away as Alpharetta, Conyers and Lovejoy, 20 or 30 miles away. She looks forward to expanding and possibly even franchising her concept. The restaurant hosts yoga sessions, musical performances, speakers and other activities. Students receive a 10 percent discount on Mondays and seniors get 10 percent off on Wednesdays.

“I am always being approached by people in grocery stores about what’s in my basket and how do I cook this and how do I prepare that?” says Maat. “I really want to help people reconnect with what it is to eat healthy and to know that they can find good foods right in the community. These are little tips that can make a difference in the quality of a person’s life.”

Martin Miron is the editor of Natural Awakenings Atlanta. 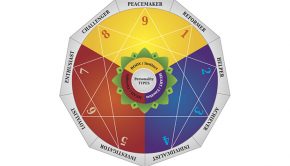 The Enneagram is Making Waves in Georgia and Beyond → 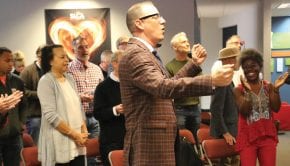 The Spiritual Living Center of Atlanta → 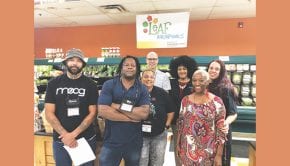 The Staying Power of Sevananda → 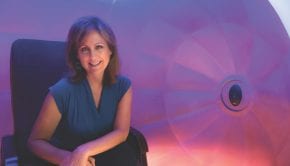